by Timothy Kelly
No Comments 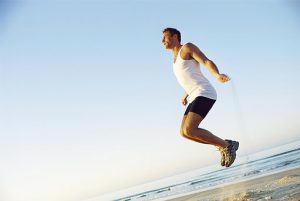 When I was eight years old, I started smoking. Well, I didn’t start smoking until I was twelve. But when I was eight, I had my first cigarette.

My mother was a smoker. In 1960’s California, it was the thing to do. I remember seeing a picture of her and her friends on a beach blanket, Pacific Ocean in the background, smiling and laughing with cigarettes in hand. This same image would be used for decades by cigarette companies to show you how fun and exciting their product was.

When I was eight, I wanted to see what all the fuss was about. My friend and I stole a cigarette from my mother’s pack and retreated to the side of the house. After some initial fumbling with the matches, we got it lit and puffed in the smoke, coughing and wondering why anyone would engage in such a painful activity.

In the 1980’s, things changed. Doctors and researchers were finally able to break through the deep pockets of the tobacco lobby industry and go public with news the cigarette companies did not want you to know – smoking causes serious diseases, and could kill you.

My mother continued to smoke, but thought that she could escape the potential damage by “cutting down,” a time-tested trick of the addictive mind to lessen the chances of adverse reactions to dangerous substances. She adjusted her smoking habits to deal with the shame that came with doing something that had been proven to cause serious physical problems. She hid her cigarettes from plain view, would only smoke outside, and became embarrassed if you ever caught her with one in her hand.

Even armed with so much information about the dangers of smoking, no warning is stronger than a teenager trying to fit in. My first day of high school reunited me with old friends that had attended the local Catholic school. All of them were smokers, and I wanted to be a part of their tribe. I asked to borrow a cigarette, and started a smoking habit that would span my teenage years and most of my adult life.

Over the years, my mother and I attempted to quit using every method available.  Cold turkey, nicotine patches, medications, even hypnotism. Nothing worked. Some resulted in varying breaks of tobacco use, but we always returned to our addiction. In the late 1990’s, my mother and I briefly worked with one another, taking our breaks together to smoke. With every drag, came a hint of shame. For her, seeing that her habit transferred to me, and for me, showing her that even though I knew it was wrong, I was unable to quit myself.

In 2001, my mother was diagnosed with lung cancer. After several rounds of chemotherapy, my mother’s life was temporarily extended, but less than six months after diagnosis, she had passed away.

In 2008, my wife informed me that she was pregnant with our first child. I instantly dialed up the memory of stealing a cigarette from my mother in 1983 and lighting it up. I also remembered the constant harassment my mother was exposed to by my father and siblings for her smoking habit and the dangers associated with it.

By using these memories, I had finally had found my motivation to quit smoking forever. I wasn’t going to be responsible for giving my future child a reason to pick up a cigarette. I wasn’t going to deal with the guilt that came with the label “smoker.” And I wasn’t going to leave this world before my time because of a disease that I had brought on myself.

Finding your motivation to stop unhealthy habits can come from numerous influences. A doctor who issues a strong warning, running out of breath while playing with a child, waking up with pain instead of energy and even the overwhelming feeling of guilt that is often associated with addictive behaviors.